One of our premier partners is Lab.Gruppen, delivering the industry’s best efficient and powerful Class TD® amplification, patented by Lab.Gruppen. Our recommended amplifiers provide an amplifier topology that approaches the exceptional efficiency of Class D while retaining the sonic purity of proven Class B designs.

Up to a 10,000 watt 4-channel amplifier with NomadLink network monitoring, dedicated control, all delivered with accurate, pure, and powerful sonic elegance.

Lab.Gruppen has a flagship four-channel model and at it’s core performance is the now proven technological milestone that is LAB GRUPPEN’s patented Class TD® output stage, an amplifier topology that approaches the exceptional efficiency of Class D while retaining the sonic purity of proven Class B designs. Further contributing to the remarkable efficiency  is a Regulated Switch Mode Power Supply (R.SMPS™), which gives the added benefit of stabilizing rail voltages to the output even with wide fluctuations of mains voltage. A highly refined and updated circuit layout optimizes the interaction of R.SMPS and Class TD to produce extraordinary power density.

View all key performance parameters at a glance – in real time – on the comprehensive front panel display. The amplifiers can provide the most complete and useful front panel indication on the market today. Bright, color-coded LEDs give clear status indication of all control activation, warnings and faults – without scrolling through menus. Conditions such as blown drivers, shorted lines, and over-temperature channels are easily recognizable. You won’t waste time trying to decipher a generic “trouble light.” 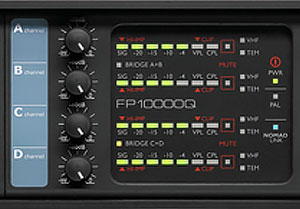 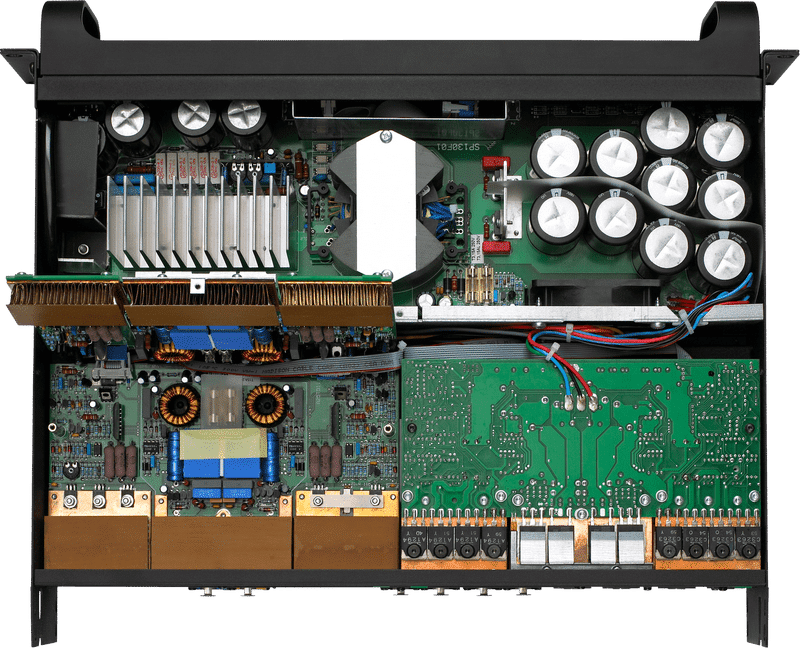 Twin variable-speed fans respond to temperature sensors, forcing air over the Intercooler fins in a front-to-rear flow. All output devices are mounted transverse to the airflow, so the cooling effect is uniform. There are no “end-of-tunnel” output transistors subject to greater warming and, consequently, possible premature failure.

The rear panel provides all the input and output connections you’ll need plus RJ45 in and out. With the DIP-switch matrix, you can assign a hard or soft attack to the limiter functions, set overall gain to one of seven different levels, bridge any pair of channels, and set the VPL for optimum output characteristics with the connected load. All in a matter of seconds while the amp is in the rack.

Power is in the Details

Stay in touch with Symphonic Acoustics for exclusive offers.